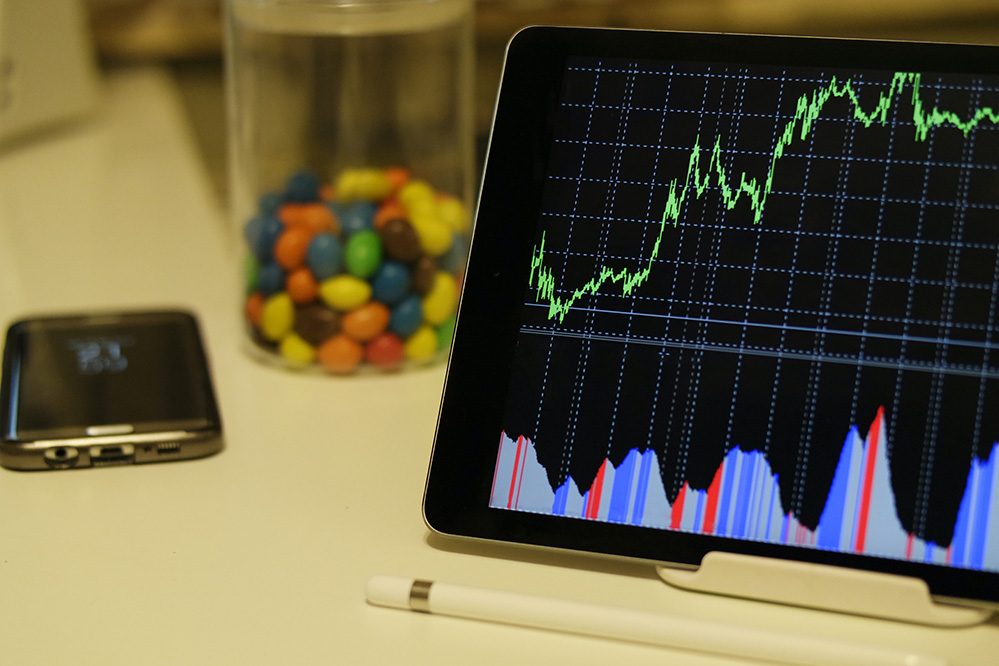 W D Gann was one of the greatest traders of all time and he used astro charts in trading. He made more than 50 millions dollars from the stock market. His theory was based on Cycles that history repeats itself.

He asserted that stock market movements are cyclical and that stock market dynamics is pure maths! One day the Market goes up by 2% and next day it comes down by 2%. What else can the movement be, except maths ? Mathematical and astrological principles are the basis of all.

The Cyclical or the Periodic Law

Everything is cyclical. Shelley’s “If Winter comes, can Spring be far behind?” corresponds to the stock market equation “If Recession comes, can Boom be far behind?”. The Law of Bipolarity in Nature – rise & fall, flow & ebb, day & night, pleasure & pain, birth & death – corresponds to the gain and loss in the stock market. Technical analysis points out that all scrips display regular and recurrent patterns of price behavior. If you observe India’ s premier stock Reliance, you will come to know that it went up during boomtime and registered a sharp fall during recession.

Mr. Henry Hall, in his recent book devoted much space to ‘Cycles of Prosperity and Depression’ which he found recurring at regular intervals of time. The mathematical laws which we have applied in Zodiac Stock Market Astrology will give these cyclical swings, identifying the primary, secondary and tertiary trends. The resistance and the support levels of the Sensex and all major scrips can be known by these mathematical methods.

The fourfold movement of an Economic Cycle are – Revival, Expansion, Recession & Contraction.

Gann averred “If we wish to avert failure in speculation, we must deal with causes. Everything in existence is based on exact proportion and perfect relationship. There is no chance in nature, because mathematical principles of the highest order lie at the foundation of all things”

90% of the traders today are ” Lottery Traders” basing more on luck than on research. Stock trading is very lucrative and unfortunately there are no shortcuts. It is said that trading is easy but trading for profit is not ! A lot of time should be invested in research and study. Lottery traders believe in reading just a book and becoming a millionaire the next day.

Like buying a lottery ticket and testing one’ luck (where the probability of the investor getting the first prize is one out of 2 million). 90% of all traders lose money because of a lack of discipline, patience and knowledge. All you need to succeed is just common sense. If you know basic maths, you can bring home the bacon. As W.D. Gann states: “If you can add, subtract, multiply and divide, you can do what I do”.

“It is so simple and easy to solve problems and get correct answers and results with figures that it seems strange so few people rely on them to forecast the future of business, stocks and commodity markets. The basic principles are easy to learn and understand. No matter whether you use geometry, trigonometry, or calculus, you use the simple rules of arithmetic. You do only two things: You increase or decrease.” W.D. Gann (From his Stock Market Trading Course)

Elliott concluded that the movement of the stock market could be predicted by observing and identifying a repetitive pattern of waves. We meant the same when we talked about planetary cycles in our earlier articles. In fact, Elliott believed that all of man’s activities, not just the stock market, were influenced by these identifiable series of waves. We meant the same that man’s activities can be predicted by these planetary cycles.

Stock Market Astrology states that Planetary Cycles do influence Economic Cycles. When we combine both we get the term Astro-economic cycles. The transit of the financial planet Jupiter do influence a nation’s economy. An adverse Jupiter in US’ horoscope is responsible for the fall of the Dow. We find that international indices are down. Only in India is there a stock market boom and this is due to the favourable posture of Jupiter in the lunar fifth.

Secondary reactions are natural & the market is bound to bounce back once the correction is over. Grasim, Satyam Computers & Bharti Tele had reported excellent results. Amongst the cement companies, Grasim leads. Forbes includes Satyam, Infosys & Wipro in the list of the best corporations of India in their magazine. Also Bharat Forge. Knowledge, patience and discipline alone can win the game for us, as Gann remarked!